We're sorry, but all tickets sales have ended because the event is expired.
A Conversation with Producers Jack W. Batman and Bruce Robert Harris 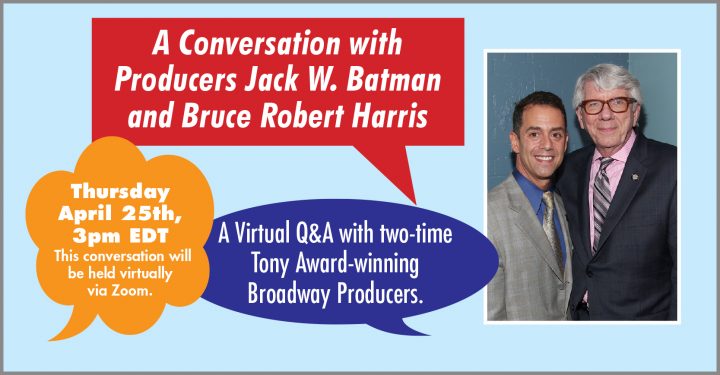 A Virtual Q&A with Jack W. Batman and Bruce Robert Harris, two-time Tony Award-winning Broadway Producers. Since 2005, they have produced over sixty plays and musicals for Broadway, London's West End, Off-Broadway, regional theatres, and national and international tours and festivals plus many private and corporate events. Special guest speakers at our January 23rd Raising Money for Theater workshop, Jack and Bruce are paying a return visit to get to know our TRU community better. They will gladly continue the conversation from our previous workshop about raising money, but also are making themselves available to answer any questions about producing for commercial theater at any and all levels, beginner to Broadway.