We're sorry, but all tickets sales have ended because the event is expired.
GOLDEN WINGS – TRU Voices play reading 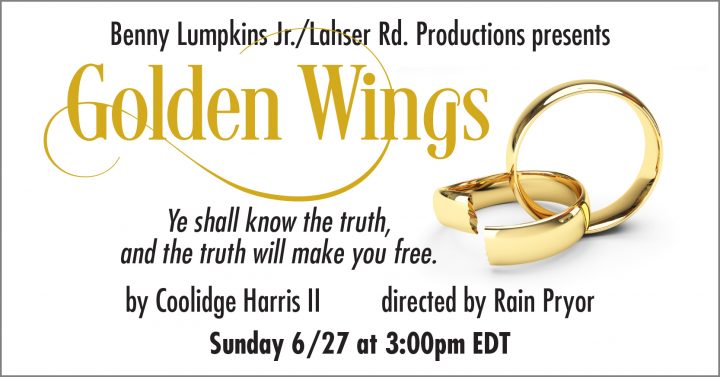 OUR SECOND ANNUAL VIRTUAL READING SERIES! A benefit to help us make up for losses during COVID-19.
Reserve and we will send you a Zoom link for the reading. Tickets available only through OnTheStage.com: CLICK HERE for full series.

This year's series is a fundraiser to help us compensate for lost revenue during the COVID-19 quarantine.
CLICK HERE FOR TICKETS TO GOLDEN WINGS
Please consider making a donation in addition to your ticket purchase. Thanks.